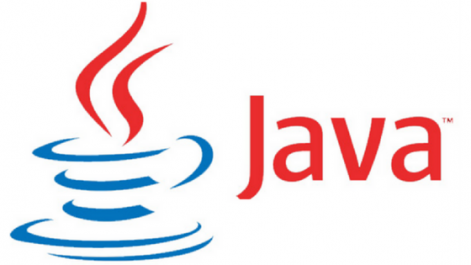 Just as Jason Derulo famously sang in his popular song Talk Dirty to Me, it is possible to make your way around the real world without properly learning all of the languages. In the world of mobile app development, there is no way around learning a language or two. We’ve been around the world and (unlike Derulo) we speak the language.
This edition focuses on the programming language Java.

Introduced to the market in 1995 by Sun Microsystems, Java has become the most popular programming language for Android mobile application development. Since Android is a Java language environment, Android’s various API’s (Application Programming Interface) are based on Java libraries. Known for its speed, security, and reliability, Java provides a seamless user interaction process and is less data intensive than other languages.

Java is an Object-Oriented Programming (OOP) language, which means variables and actions are easily organized and identified by objects. These objects contain methods and data. For example, imagine you could program a car. You could write a whole slew of functions for individual parts of a Tesla Model 3. Want your Tesla’s headlights to be purple? One option is to write a function for purple headlights on a Tesla Model 3. Now, Jason Derulo wants matching headlights on his Tesla Model S. The only problem is, your coded function only works for your Tesla Model 3. By prioritizing objects over functions, you can program purple lights onto any car (object), regardless of the model.

Instead of rewriting code for each car, you take what is similar and you only define what is different. This keeps your code organized and easier to read and maintain. OOP languages like Java focus on minimizing implementation dependency. Therefore, its goal is to reduce programmers’ reliance on separate platforms.

Java is easy to learn and work with

The language itself is fairly easy to learn and is often taught as a starter language in computer science classes. Based on the principle “Write Once, Run Anywhere,” Java is compiled into bytecode, which can be executed by a Virtual Machine. Furthermore, Java’s versatility makes it a handy tool in a variety of development settings (Android, web applications, software, automated testing, etc). This platform independent language gives programmers easy access to numerous operating systems.

Java works only for native apps

While Java is used for native applications, hybrid development uses a combination of the best (or worst) of both the native and HTML5 worlds. A hybrid app is a web app, primarily built using HTML5 and JavaScript, that is then wrapped inside a thin native container that provides access to native platform features. Using containers, developers can build applications for mobile devices using CSS3, HTML5, and JavaScript instead of relying on platform-specific languages.

The Java language is a key pillar in Android. Although Android, built on the Linux kernel, is written largely in C, the Android SDK uses the Java language as the basis for Android applications. Java was built with 5 primary goals it had to be: simple object orientation, robust and secure, architecture-neutral and program portability, execute with high performance, and dynamic.

Whichever language you choose when developing your Android app, TestGrid will happily give you the tools to build and run your tests on real devices for you. Contact Us for a demo today.