This week’s blog post is a feature on Android Integrated Development Environments (IDEs). Since in our previous post we discussed the IDE associated with Apple, we thought it was only fair to discuss Apple’s competitor, Android. Unlike Apple, which has one main IDE, Android has two front-runners and a couple less popular choices. The two leading competitors are Android Studio and IntelliJ IDEA, which are both powered by IntelliJ.

When selecting an IDE, it is important to choose one that can properly edit and compile your code. You want to make sure your apps know what they are supposed to do, otherwise they’ll just get confused and speak nonsense like Steve Carrell in Anchorman. 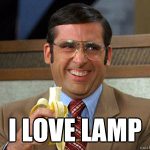 Fortunately, Android Studio and IntelliJ IDEA exist, making sure our apps are smart, literate, and not just lamp lovers.

Android Studio makes exporting and uploading APKs on the Google Play store easy with just one click. It also has an Apache Ant build, if you prefer files written in XML. Recently, this top IDE has updated to include Instant Run which increases speed and ease of testing.

Since Java is the main language to code Android apps, this IDE is, in our humble opinion, all you need to satisfy your Android app development needs. And, it is completely free at developer.android.com. 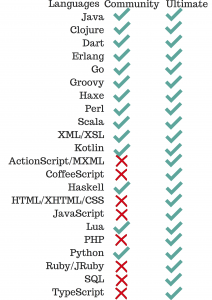 IntelliJ IDEA is a Java IDE. It was developed by JetBrains and is one of their many IDEs. Formerly known as IntelliJ, it was one of the first available Java IDEs with advanced code navigation and code refactoring capabilities integrated. IntelliJ IDEA has two editions: the free Community Edition and the paid Ultimate Edition. The Community edition is of course less extensive than the Ultimate but the Ultimate (think surfer) has a few more fun features and supports many more languages. We put together a chart to show the languages supported by each version.

To put it simply, there are a few advantages to using IntelliJ IDEA.

Nevertheless, both IntelliJ Community and IntelliJ IDEA Ultimate have a wide variety of features that can make life easier. Whereas Ultimate has more options for each feature, they both support a large variety of frameworks, version control, deployment, and build tools.

Android Studio is focused specifically on Android development, providing streamlined environment and project setup. It may not have all the “bells and whistles” of IntelliJ, but it does it’s one job and does it well! Meanwhile Eclipse is another widely used IDE, found predominantly in Java application development because it is made using Java. In order to use Eclipse with apps in other languages, plug-ins must be used.

No Matter Which You Choose…

you will come across similarities between the platforms. Android Studio and IntelliJ IDEA use the same project format so they are compatible with each other. In addition the Android plugin for IntelliJ IDEA is built from the same code as Android Studio so there’s a very light learning curve between the two. No matter the IDE you use, your app can be thoroughly tested by TestGrid. 🙂