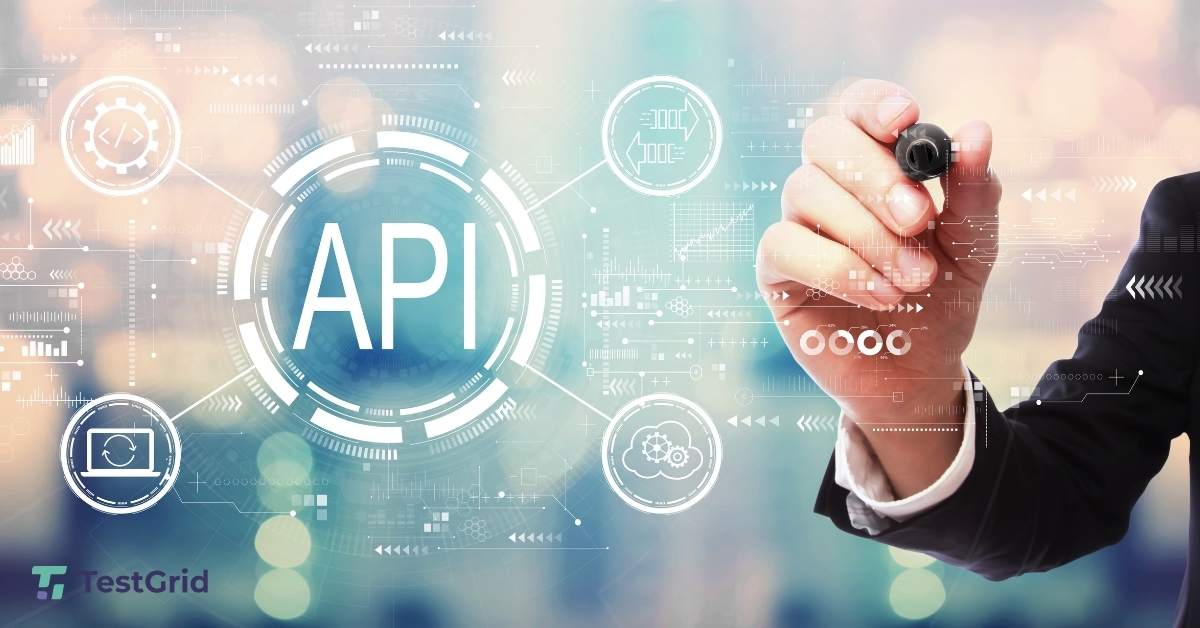 API testing is a sort of software testing that looks to see if APIs are up to par. API testing automation tools are becoming increasingly important for developers and programmers as APIs become an integral part of software development.

APIs do not have a visual user interface, so this testing cannot be done on the front end.

In this article, we have reviewed the 21 best API automation testing tools and outlined their benefits and drawbacks in detail so you can make a wise and informed decision by the end of this article.

But, before jumping on the list of best tools, let’s first talk about what are API automation testing tools.

What is API Automation Testing Tools?

API testing, also understood as application programming interface testing is a type of software testing that assesses the quality of developed APIs and determines if they meet functionality, performance, and security requirements.

In recent years, there has been an expansion in interest in API/Web services testing. According to Smartbear’s 2017 research, the number of API testers who automate more than half of their tests is expected to increase by 30%.

Having the right tools and solutions for API automation tests and an efficient strategy is becoming increasingly important; API testing is critical for a successful CI/DevOps practice.

The top API testing tools are discussed in the following article, which range from open-source to commercial solutions, depending on the demands of testing teams.

How to Pick an API Testing Tool?

However, there are other ways and technologies on the market. For example, how can you get the return on investment you need to achieve the automation required to provide high-quality software at the speed needed by Agile and DevOps initiatives?

As our clients seek to address significant concerns such as omnichannel testing, test maintainability, Microservices, difficulty replicating failures, and rapidly-changing APIs, we frequently receive questions like these.

With today’s rapid development and releases becoming an increasingly crucial aspect of the business, finding the proper functional API testing solution to help your company flourish is more important than ever.

So, what exactly does this imply? When considering functional test automation solutions, there are five essential elements that you should check off.

#01 Core Capabilities and Ease of Use

Your API testing tools should be simple to use, which means that even a beginner user can pick it up and start using it with little training and achieve fantastic results.

To that aim, the solution should be user-friendly and visually appealing while providing sufficient functionality to carry out complex tasks without scripts.

The following are some of the crucial capabilities:

#02 Workflows that are more efficient

The ability to optimize your workflows is one of the most critical features your API testing tool should have. These should contain sophisticated methods that make test generation, message flow, data manipulation, and integrating your API testing solution into your existing requirements process easier.

The following are some of the workflows that your API testing tool should include to make your life easier:

#03 Technologies that are supported

Naturally, no tool can help you unless it supports all required formats and industry-specific message protocols.

When you consider the modernization occurring across all industries, you must ensure that your tool is capable of supporting technology from the past, present, and future. These are excellent places to begin:

Your API testing solution must provide a means for automating your tests. Using automation to run tests allows you to run your library of test cases as part of your nightly process or on-demand as needed.

Your API testing solution should include both a command-line interface and APIs so that you can run your test cases programmatically as part of your continuous integration / continuous delivery process.

The following are the essential integrations and capabilities:

Your API testing solution should have techniques for determining which API tests are available to you, as well as the requirements that those API tests are linked to.

You should be able to organize your test case library into a meaningful configuration to support new application validation in numerous settings and obtain thorough test results reports that can be shared across multiple stakeholders.

Finally, your API testing solution should include a change management feature that allows you to version different API test projects and understand the impact of application changes on these API testing projects.

Your API testing solution will have a cheaper total cost of ownership if it has long-term management and maintenance features like those stated below:

Postman is the following API testing tool after REST-assured. Postman is available in both a browser and desktop version, and it may be used to test API services. In addition, it permits the user to share their knowledge with the rest of the team effortlessly.

SoapUI Pro is a sophisticated tool for creating, running and analyzing complicated tests on web services for development and testing teams. SoapUI has several unique features, such as test reports and SOAP API testing.

Apigee is another good API testing tool. Apigee, a Google Cloud service, has API administration capabilities. Apigee customers can use other editors like Swagger to support and build APIs and measure and evaluate API performance.

Apigee was created with digital business in mind and the data-rich mobile-driven APIs and apps that drive it.

Karate DSL, which is based on the Cucumber toolkit, makes it easy to design scenarios for API-based BDD tests without writing any code.

REST-assured is regarded as one of the most effective tools for testing Java APIs. Rest-assured is a Java Domain-Specific Language-based open-source platform. The Rest-assured API was built to test web APIs so that you don’t need to be an expert in HTTP.

Another open-source application load and performance testing tool are Apache Jmeter. It’s a popular tool for testing functional APIs. It includes a number of API testing capabilities and a number of features to make the process more efficient.

API Fortress is perhaps the most potent REST and SOAP API testing and monitoring solution available. It fulfills a wide range of needs and proves to be an effective API testing tool. Complete API testing, including regression testing, is possible using API Fortress.

It can aid in the automation of integration testing for almost any messaging protocol or data format. It has strong validation features for XML message contents and allows complicated testing logic to be built.

As a result, it verifies the documentation’s accuracy and puts the API to the test. For example, PHP, Node.js, Python, Rust, Ruby, Perl, and Go are supported.

RapidAPI is the first tool on our top API testing tools list. RapidAPI is the world’s largest API marketplace, with over a million developers using a single account to search, test, and connect to thousands of APIs.

Paw is a lovely API testing tool made just for Mac. Paw can help you compose HTTP queries, evaluate a server’s response, and even generate client code, whether you’re an API creator or a consumer.

Katalon Studio is a free API testing mechanism for APIs, web applications, desktop apps, and mobile apps. It makes development more accessible by combining all frameworks and plugins into a single package.

The Manual and Scripting modes are suited for both beginners and specialists.

HttpMaster is a REST web service and web API application development and testing tool. It’s a universal HTTP tool that may also be used to construct other types of web applications, such as HTML forms.

It also offers a simple and intuitive user interface, and a tiny and compact installation package, and it does not require sophisticated technical knowledge.

Python allows for further customization of the device. It returns an exit code in the event of a failure scenario, which can be translated into trackable logs. In a nutshell, it returns exit codes when a query fails.

Unirest is a package that makes it easier to make HTTP REST requests. It is regarded as one of the most popular API automation testing tools. It’s free to use and comes in a variety of languages.

Unirest has its documentation page that lists all of the REST methods available. It includes everything you’ll need to get started consuming APIs on Rakuten RapidAPI and elsewhere.

Smartbear’s ReadyAPI is a popular API testing tool. ReadyAPI is more than just a web service launcher; it’s also a dashboard-based analysis tool useful for appeals that take a long time to process.

It helps with API testing without the need to write any code. For comprehensive testing, it provides chain API tests.

RoboHydra Server is a great API testing solution for those who don’t have access to a server but need to test something.

WebInject is another free and open-source tool for testing web applications and services. WebInject is a well-known API testing tool that generates fully automated functional, regression, and acceptance test suites.

Appium is designed to test mobile applications; however, that does not imply it is limited in its capabilities. Instead, it’s an open-source automated testing tool primarily designed for mobile apps.

It supports the automation of iOS and Android native, hybrid, and mobile web applications. Appium has grown in popularity and stability, establishing itself as one of the most effective mobile automated testing tools.

RedwoodHQ is an open-source tool for testing SOAP/REST APIs and supports various languages, including Java/Groovy, Python, and C#.

It uses a web-based interface that allows several testers to execute tests on an application. This performance testing tool may be too shallow for developers.

Almost all of the API testing tools mentioned above function well and are excellent choices. However, it all comes down to personal preference.

These were my top API tools, but yours may differ significantly. There is no one-size-fits-all key for everyone, and each organization’s needs are unique.

There are many other API testing options outside these. For example, is there a tool for testing APIs missing from this list? If you leave a comment below, we’ll think about adding it to our list!

Moreover, you can click here to create your free account and start your testing journey with TestGrid, or you may head over to our blog section to learn more!