Continuous Integration is commonly defined as a development practice that requires developers to integrate code into a shared repository several times a day. Each check-in is then verified by an automated build, allowing teams to detect problems early. Most developers follow CI to keep their code base intact when you work in a group environment.

For example, a common analogy for this would be constructing a new home.

When a home is under construction there are multiple types of contractors working on the site. Typically the windows are installed toward the end of the project, but so is the final house painting.

So, if the windows are already installed there is a decent chance that the paint contractor may drop a little paint on a window or even risk breaking a pane of glass. To combat this issue an inspector comes and checks the progress every day to see if something broke.

The same process is applied for constructing new code.

CI systems gather all your code from different developers and makes sure it compiles and build correctly. This is a good start however, it’s not complete. More on that later.

Jenkins is the inspector in our analogy.

At this point it’s all about CI and Continuous Deployment (CD). You’ve made sure the build compiles fine. (Yeah!) However, if you are developing a mobile app, the code can compile fine but when you install the build and launch the app the app may not even launch. (Boo!) That’s where CD comes into the picture. You need a way, to at the very least, run smoke tests on your apps for every build check-in or on a nightly basis before you send it testers.

That’s a major reason we built TestGrid.io. It’s easy to implement for CI and assists with CD. Every time your developer checks in the code we smoke test it using our Robots, no script needed. This completes your CI process. Check it out and please send us some feedback on what you use. 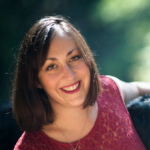 Why Does TestGrid Require a Developer Signed .ipa for iOS?