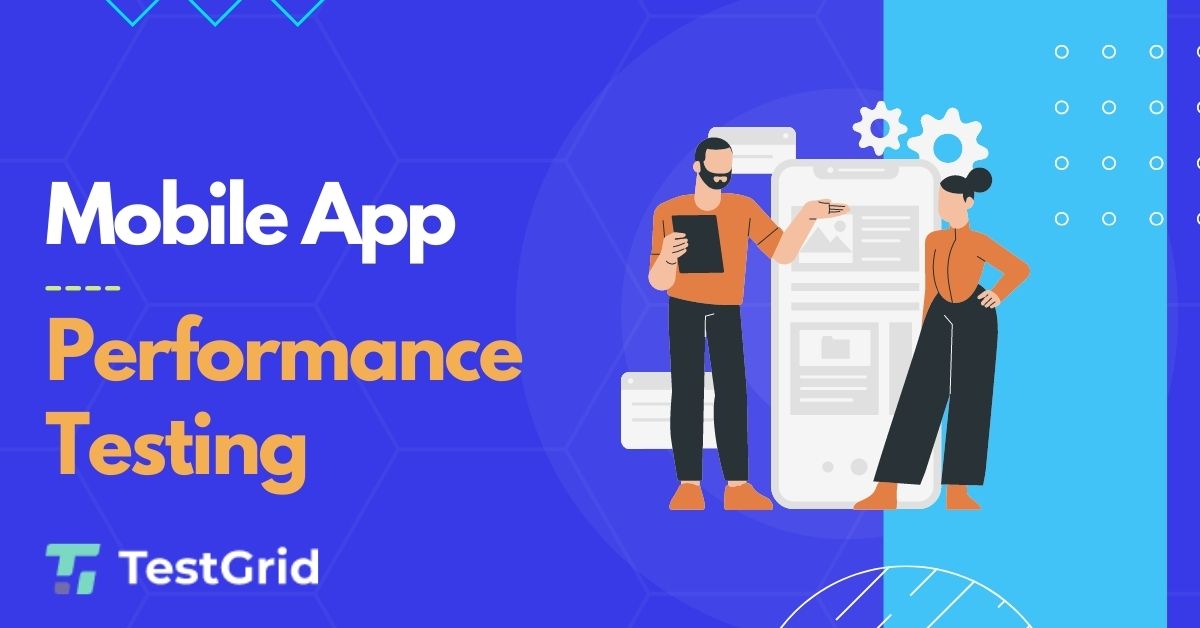 Mobile application software is designed to run on mobile devices like smartphones and tablets.

Users get similar services that are accessed on PCs through mobile app software. Today technology is above everything, and mobile applications are being used widely compared to desktop applications.

The following are the different types of mobile applications:

Mobile App Performance Testing: Why it is necessary, Various Parameters and Testing Procedure

What is Mobile App Performance Testing?

We live in the DevOps era, where quick development and deployment of software is the major aim of the software development process for any organization. Automation testing tools significantly help deploy the applications rapidly.

To measure the performance and capabilities of the application in a distinct environment, we execute mobile application testing.

The performance is measured based on parallel systems tests on different devices, tracking the performance and functioning, when the traffic load is high, etc. In simple words, mobile app performance testing is performed to provide a seamless user experience.

Load testing is crucial to check the functioning of any application. The testers increase the number of virtual users for a certain period to determine the exact load threshold of the application. It is also named endurance/volume testing.

Load testing clarifies the capacity of your system by handling the number of users at a time. It also determines the behavior of the application during traffic from different geo-locations. Load testing is essential to keep your application on-point and should be integrated continuously.

Automation testing is the essential component of any software development. In terms of mobile applications, it is imperative to check the user interface is seamless and easy to provide a favorable experience to its end users.

Here, Appium comes into the picture. Appium is an open-source and one of the most in-demand web-based automation testing tools available in the market that helps to integrate uninterrupted testing into development. It provides automation testing by verifying products across distinct combinations of browsers and OS.

With a single interface, Appium supports many programming languages, including JavaScript. JavaScript is an extensively used language for developing web and mobile applications.

Today, back-end developers prefer to use JavaScript than any other programming language because of its simplicity and flexibility.

People often get confused when we talk about Appium together. Appium is widely used for mobile testing and is a mobile test automation framework.

It supports local, hybrid, and mobile web applications. It uses Appium ’s WebDriver to interact with Android. Appium framework is a wrapper; it translates the commands of Appium   WebDriver into UI Automator.

It has increased testing efficiency with its well-structured, inbuilt patterns and functions. Those projects which were difficult to complete in months because of their complexities and countless lines of code can now be completed in no time through Appium  JavaScript.

Appium JavaScript has a huge community network reach, where the users also act like testers leading to a firm security arrangement.

To use the JavaScript framework in Appium, a plug-in needs to be installed to help you write the test cases in JavaScript and Node.js.

Mobile app performance testing is measured as per the below parameters:

I. Line-up test intent and business requirements: It’s crucial to determine the business objective before executing the performance testing of the application. When the objectives are clear, it becomes easy to land the application at its desired position. Later, the testers work on priority to assess the application’s functions.

II. Recognize test Key Performance Indicators: Setting a benchmark is the second crucial step that shows whether your testing was successful or a failure. For mobile application performance testing, below are the KPIs that must be considered:

IV. Line up the testing viewpoint with the comprehensive development procedure: Testing needs to align with an organization’s overall development structure. Continuous integration functions are a must-have to monitor the regular bug reports and regression tests allowing efficient communication, fast decision making, and cooperation of all the parties involved.

Here’s a list of the primary issues that arise during mobile application performance testing:

In the market, you see distinct versions of devices, which create many issues as the application should perform efficiently on all of these devices. To complete the testing, gathering phones and appliances from many users gets burdensome sometimes because of limited access to mobile devices.

It is strenuous to emulate all the features of the various mobile devices through online tools. The features of a phone are not similar for all; the GPS, camera, microphone, embedded memory, operating system, processor, sensors, etc., vary from one phone to another. This creates immense complexities, and hence, understanding that the results of the performance tests are optimum gets a little costlier and time-consuming.

Battery usage testing is also included in mobile app testing. It has become a major challenge in recent years due to an increase in battery-draining apps. It is critical to mitigate battery drain in order to provide an excellent user experience.

The page layouts and the systems’ font differ because of the operating system. The publishing process of the application can take more time than usual or can even stop if the google play market or App store guidelines are not followed or compliant.

Read also: 5 Challenges To Look For In Mobile Testing

How to improve the quality of the mobile apps, final thoughts?

Every day the world is transforming bit by bit digitally; plenty of mobile applications are available on the app stores. There are over hundreds of applications available for a single user requirement.

Looking at its complexities, it is not everybody’s

job; professionals must handle it. The major challenge of mobile app testing is the variety of devices and their features.

Matching the combination of these varieties on real devices is a costly deal. Using virtual resources, services, and platforms such as emulators and simulators can reduce the costs because it has minimal infrastructure and setup costs.

When the applications are developed frequently in short release cycles, the time to market the app reduces, and thus, the user experience highlights the overall quality of the application.

However, short cycles of release allow less time to measure and test the application’s performance, which may lead to a high defect leakage.