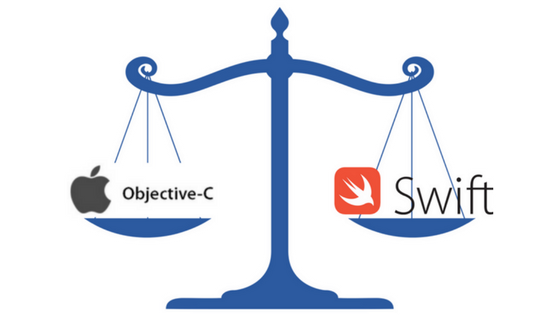 Programming languages are used to give technological devices, like computers or smartphones, commands they can understand. Just like there are many different languages spoken all over the world, there are many different programming languages. Each language has both a unique syntax (terms that it understands) and a specific set of rules for ordering program instructions. Programming languages are commonly used by programmers to develop software programs, scripts, or other sets of instructions for computers to execute. In today’s post, we will be covering two languages, Swift and Objective-C, as well as an Integrated Development Environment (IDE) they can be used with called Xcode. 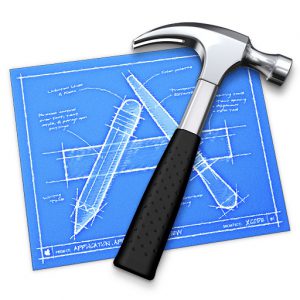 First we have to talk about Xcode.

An Integrated Development Environment is a program designed to help a developer create applications easily. The IDE gathers all the tools needed together in one place to make the creation of the project quicker and easier. For example, if you needed to bake a cake, you would lay out all your ingredients on the counter before starting right? You wouldn’t make separate trips to the store for each ingredient. That’s essentially what the IDE does. It gathers all the ingredients for making the software. By providing similar user interfaces (UI) for related components, allowing for quick execution of actions without switching between other applications. IDEs can support one or more languages and are mostly used for visual programming. Applications can be quickly developed by moving programming building blocks or code notes that create flowchart and structure diagrams, which are compiled or interpreted. Each IDE supports different languages and performs different functions.

Xcode is Apple’s official Integrated Development Environment (IDE) created for Apple developers. It contains a suite of software development tools: a text editor, a compiler, and a build system. This IDE combines all these functions into one package instead of keeping them as separate entities connected by scripts. This package helps the user write software, compile it, load it onto a device, debug it, and finally submit it to the App store. Available for free on the App store, Xcode can be used with many types of programming languages including two that will be briefly touched upon below: Swift, and Objective-C.

Using a system of message exchanges between objects, Objective-C was selected as the main language used by Apple’s NeXT for its formerly used NeXTSTEP operating system, from which OS X and iOS are derived. It powers Apple’s OS X and iOS, as well as its APIs. This once-outdated programming language can now be used to create iPhone apps, rekindling its demand in the tech world.

Apple Music’s very public feud with Taylor Swift ended peacefully last June when Apple agreed to Taylor’s public request for Apple to pay artists during the free trial period. Apple’s programming language, Swift (which has nothing to do with Taylor) has won over developers as a speedier way to create iPhone apps.

Swift is a general-purpose, multi-paradigm, compiled programming language developed by Apple for iOS, macOS, watchOS, tvOS, and Linux. Its high-profile supporters, like IBM, have ensured that this programming language’s popularity will grow even more in the coming months. With heavy influence drawn from Python and Ruby, Swift boasts optimal memory-usage. Reading very close to English, it is beneficial for beginners who can be unaccustomed to the jumbled jargon of the technical programming world.

Swift is statically-typed, which means all the typing is done at the compile-time as opposed to the run-time. Before it builds the application, Xcode will check the code for errors, which means those errors are easier to catch right away. Since statically-typed languages are also more strict with definitions, strange and unexpected errors are far less likely to occur. All of these factors contribute to an easily maintainable codebase as it grows in size and complexity. Although it has the potential to be one of the best and most used programming languages, Swift has fewer users than Objective-C and is way less popular than Taylor Swift.

Let’s talk about the pros and cons to each language. 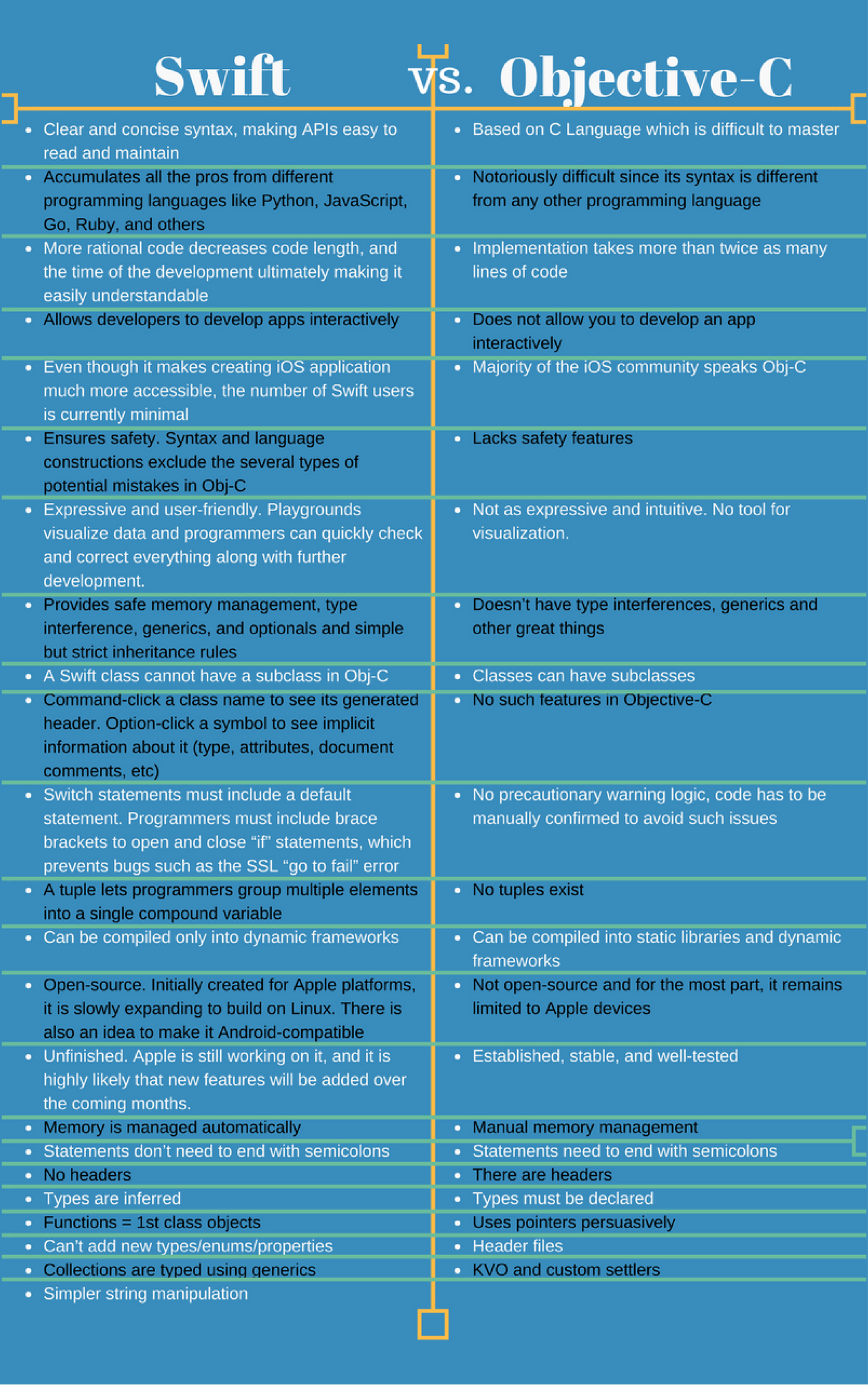 Here at Testgrid, even though we can test your program regardless of its language, we do have opinions about each.

Swift, newer than Objective-C, has been constructed to limit possible errors that could occur and is more easily accessible to a wide audience. If you are new to the programming world, it is easier for you to quickly work with Swift. As Swift picks up in number of users, it will likely overtake Objective-C in prominence.

One main difference between Swift and Objective-C is, with Swift, instances can ignore a call or forward it to another object instead of simply returning a value. An instance is a variable that holds the memory address of the object, which is the copy of the class. Unlike other Object-Oriented Programming (OOP) languages which call upon a method to activate an instance, Objective-C sends the instance a message.

If you are a pro at Objective-C, in this day and age you are probably better off since the majority of the Apple community speaks Objective-C.

The differences between the two languages is further detailed in the chart. While it looks Swift has more features and advantages,Objective-C’s prevalence in today’s tech society overrules its shortcomings. Both languages are widely accepted to use in your program, and we would be more than happy to test your app built with either. 🙂