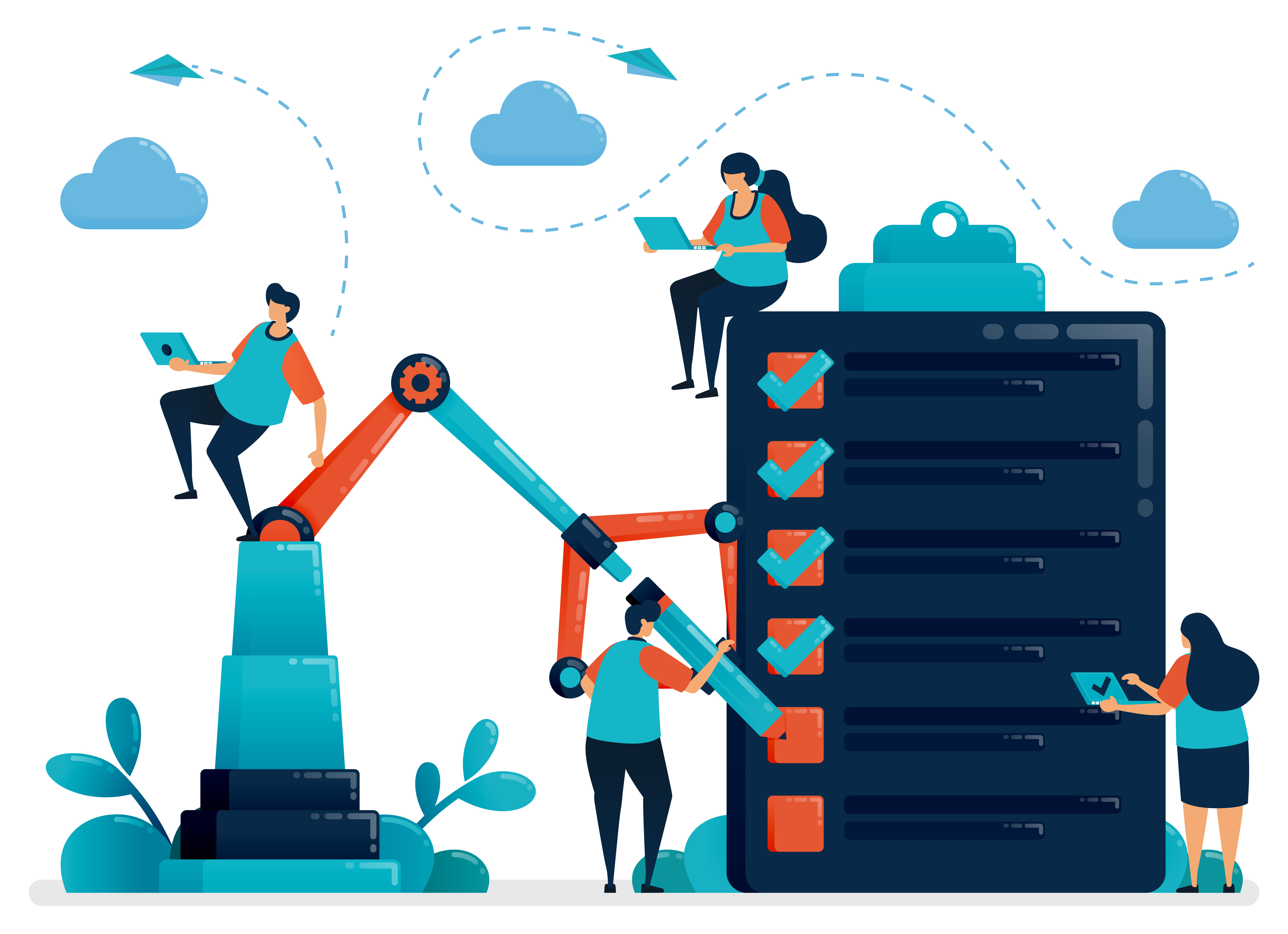 Are you searching for regression testing? Well, your search ends here.

In this article, we have covered everything from what and why to use cases, their types, real-life use of such testing, and best practices in detail!

So keep reading to get all your questions answers

Due to updates or in the process of fixing bugs or adding new features, sometimes the software gets new errors or bugs.

With regression testing, you can check all those codes that could be impacted due to new features or changes to ensure no new bugs are introduced in the tested code.

It ensures that the new changes or features have not spoiled or introduced bugs in the functional code.

This test is significant as it will add some features in your software that will provide convenience to your users, but due to those features, if bugs are introduced which are eroding the main functionality of your software, it will hamper the image and growth of your software.

What Is Automated Regression Testing?

As you understood in the early part, automated regression testing is just automating the process, i.e. many automation testing software like TestGrid.io just automate this testing process for you.

So you do not need to hire some manual tester or perform this testing on your own just get one software to complete your entire job; it will tell you which functionality has been hampered due to the introduction of new code.

Read also: What are the differences between Regression Testing and Retesting

Why Do We Need Such Testing?

If you search on Google the meaning of ‘Regression’, it means returning to a former or less developed state, sharing some, due to updating or adding a new feature, your application got in a bad state.

Like you might have also experienced after adding a new feature, some old features stop working correctly or software gets slow or some other issues, all these are due to bugs in the previous codes. So proper testing ensures that we can identify these bugs, or they can cause huge trouble.

Suppose you made one chatting application; you would have tested this application through a regression test and other testings. In that case, Suppose and solve lots of bugs before sending the final copy to the client.

Now the client asked you to add some more features, so now you need to add new code for that features & then test the new code along with running this test for old codes to ensure that the old codes are not back. This is what regression testing is.

Focus on unit code while blocking all other interactions and dependencies outside the unit, narrowing down the testing making it less complex.

Test bugs after adding new code to ensure that the software does not stop working. It ensures that code modifications do not affect the function and work as desired.

Full or Complete testing is frequently performed when code changes for modification or software updates seep back into the roots. It is also done if there are numerous changes to the existing code.

It provides a comprehensive perspective of the system and eliminates any unexpected issues. for a long period.

Techniques or Methods of Regression Testing

As the name implies, this regression testing technique entails recycling all test cases as well as evaluating all possible parts of the product or software regardless of whether a new modification is implemented in the software or not.

This method is time taking and tedious. This testing method s highly expensive because we have to test all elements of the product and all of the tests in the existing test.

When you modify only a small part of the program or product you should not perform retest-all.

We use this technique to assess the effects of new code in the software on the already existing code. We leverage a portion of the current experiments to reduce the retesting work and selective testing costs.

A test case is re-executed with this technique whenever a new modification is introduced in any module or portion of the software or application, such as factors, capabilities, and so on. The condition between the experiment and the elements covered by the program is quite challenging to define in selective regression testing.

We may use this technique when we introduce any new modifications in the software specification and write new test cases to run the appropriate tests.

Advanced regression testing works extremely successfully when specific changes are included in the software’s specification and when new test cases are designed.

In this technique, we take a portion of the existing test cases and utilize them, saving the cost and work necessary to design all of the new test cases.

This has already been covered in the section on the different methods of regression testing.

When we introduce several changes into the software, thorough it comes into use more frequently, and also when the changes we make in the software affect the root or core of the product.

This is advantageous since it aids in the identification of previously undetected problems. After we complete the testing, we then send the final software or product to end consumers.

The hybrid method combines Regression Test Selection and Test Case Prioritisation. Instead of selecting the whole test suite, choose only the re-executed test cases based on their priority.

Test cases with high priority are conducted first, followed by those with a medium or low focus.

We can determine the importance of a test case by its criticality and impact on the product and the overall functionality of the product that is in use.

Sprint Level Regression is performed mainly for new features or additions implemented in the most recent sprint. The test cases in the test suite are chosen based on the newly introduced functionality or enhancements.

End-to-End Regression covers all test cases that must be re-executed to test the entire product from beginning to end, encompassing all of the product’s fundamental functionalities.

Agile uses short sprints, and as the process progresses, it becomes increasingly important to automate the test suite. We must rerun the test cases in a short period of time. Automating test cases decreases execution time and bug slippage.

Each system code build must undergo regression testing. However, automated regression tests can make the entire process much easier and more efficient, freeing QA testers to focus on the more sophisticated case-specific tests.

We can enable it by the code control system each time a build generates once they get automated.

This ensures that we don’t change anything that reverses or corrects a previous feature. The following are the most typical categories that, in 99.99 percent of cases, demand automation:

#02 Run Full Regression only when required

It is not necessary to run the entire regression suite on every build. In the case of a minor release, it is prudent to run or execute only the smoke tests and regression testing for any modules that have changed.

To keep things easy, organize the test cases in regression testing according to the module of the AUT covered by each test. For example, suppose the release includes a change to the payment choices accepted by an online store.

Such paths incorporate the app’s critical functionality and prominent features. It is essential to understand the primary customers and the typical highlights, traits, and collaborations they have primarily relied upon.

The effective regression testing pack must incorporate tests that ensure this fundamental feature performs as expected.

When the GUI structure changes, it is challenging to execute a GUI (Graphical User Interface) Regression test. The test cases written on the old GUI are either obsolete or we must change them.

In agile, testing must evolve with each sprint, and testers must ensure that new modifications do not interfere with the application’s existing functionality. This is what we call regression testing.

Regression testing verifies that the application’s previous functionality is still functional and that new changes have not introduced new bugs. Therefore, we must use regression testing for a minor localized change or a broader update to the software.
Teams must ensure that new code does not conflict with previous code and that non-changed code continues to function as planned.

There are numerous build cycles in agile, and we need to update the application regularly. As a result, regression testing is critical in agile.

A testing team should build the regression suite from the beginning of product development for successful agile regression testing. Along with development sprints, they should continue to improve them.

Problem And Solution To This Testing Process

Avo Assure is a no-code, technology-agnostic test automation solution that allows you to test end-to-end business processes with a few mouse clicks. This simplifies and accelerates regression testing.

How To Get The Best Of Regression Testing?

The best way is to get the automation testing software like TestGrid.io, which you can use multiple times on multiple software and their updates. Also, you will be able to keep proper track of automation software.

Make sure that you implement this testing framework at the very beginning of your project, which will save your cost, time, and energy in the future.

Keep a proper testing schedule, make sure that the project you test the project at every critical stage or after every update, ask your team to work on testing as it is a crucial step in the software development process.

Regression testing is a vital process, and you should make sure that you follow it from the very start of application development.

It is a great framework that saves a lot more time and checking, and updates or adding new features is an ongoing process and never going to end.

With software like TestGrid.io, you can automate your testing. As we said, it is a very intensive task and time-consuming. Its requirement is endless, so hiring a team does not make sense and provides the best ROI.