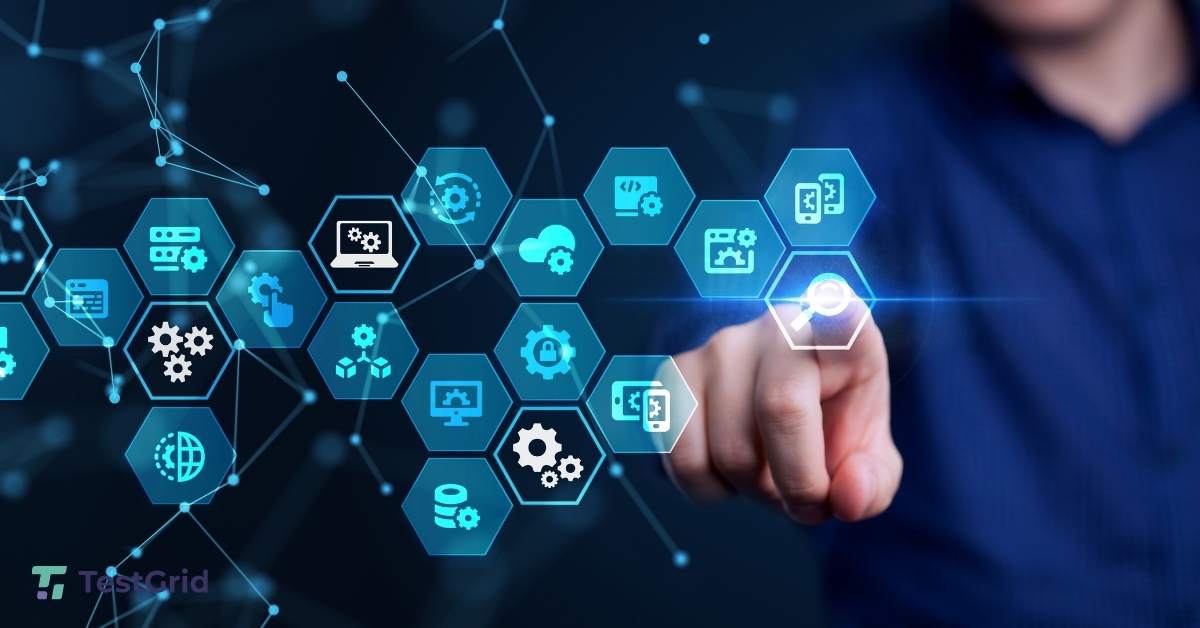 With the growth of technology, testing has become an integral part of website and app development.

Today’s world requires automated testing. We all understand how necessary testing is; it is one of the essential steps in software and website development, so getting it right is critical.

Unfortunately, many organizations still prefer manual testing today, but it has many drawbacks, such as time-consuming, human errors, not providing a good ROI, etc.

In this article, we will compare the scriptless automation testing tool and Selenium.

Selenium vs Scriptless Test Automation: Introduction, Comparison, Which is Better?

A brief introduction to the Selenium and Scriptless Automation Testing

Selenium is a set of various tools with contributions from various notable people. The long history of the selenium project has various stages, with key individuals contributing significantly to the growth at each stage.

Jason Huggins created Selenium in 2004 while working as an Engineer at ThoughtsWork on a web application that required frequent testing. He wrote the program in JavaScript after realizing the shortcomings of manual testing and the need to avoid monotony.

He originally named the program JavaScriptTestRunner, but after realizing its potential, he made it open source and renamed it Selenium Core.

The Selenium automation test was faster because multiple tests could be run concurrently. Shinya Kasatani of Japan contributed in 2006 by working on a Selenium IDE project. Selenium IDE’s record and playback features assist in automating the browser.

In 2008, the Selenium automation testing pioneer team combined the web driver and Selenium RC to create a handy tool called Selenium 2. Many changes and improvements have occurred over the years, with the most recent stable release being Selenium version 4.2.2.

As the name implies, scriptless or codeless testing is a method of automating tests by using tools rather than writing test scripts. The tools are typically built on test automation frameworks.

Typically, a scriptless testing tool records the tester’s actions as he/she navigates through features on application screens. Few tools also follow a keyword-driven approach where you would describe a test scenario by selecting keywords and parameters from the dropdown menu.

The tool can generate the same test steps for which you would generally write a test script by recording these actions.

The entire software testing process can be sped up with the Scriptless test automation approach. The method enables enterprises to participate in test automation while also expanding the scope of code reusability.

According to Wikipedia, Selenium is a framework for testing web applications that includes a playback tool for creating functional tests without learning a test scripting language (Selenium IDE).

Selenium is a collection of web browser automation tools for various platforms. Despite its numerous capabilities, it is primarily used to automate web applications for testing.

The vast majority of major browser vendors support it. Furthermore, many of these have implemented or are implementing it in their browsers. It also serves as the foundation for many browser automation tools, and automation testing frameworks.

Automation testing with selenium web driver and java can be used on operating system environments, such as Windows, Linux, and OS X.

Cross-browser testing in Selenium is a popular testing method among software testers, and this tool is also used for web application testing. Selenium testing tool comprises several components such as Selenium IDE, Selenium RC, Selenium Web Driver, and Selenium GRID, each comes with a unique set of features.

Comparison of Selenium and Scriptless Testing

#01 Selenium vs Scriptless Test Automation: Which Is Quicker?

Scriptless Test Automation Tools outperform Selenium in general. Scriptless test automation solutions are easy to set up and maintain, and they don’t require any plugins, unlike Selenium. Instead, it handles large numbers of test cases much faster than Selenium.

Selenium testing environments require several plugins. As a result, system owners and administrators must update and configure everything manually. In addition, scriptless test environments are simpler to create and manage.

To maintain quality, Selenium must be built on long-term test automation. If the testing team wanted to reuse test scripts, they should use Selenium IDE. Selenium IDE is a Selenium component that allows you to record, edit, and debug functional test scripts. Testers must create test scripts from scratch.

Scriptless Automation Tools, on the other hand, comes with pre-built automated test cases and reusable code components. These features are typically available out of the box in Scriptless Test Automation tools. However, there is no requirement for testers to have any programming or scripting experience.

In terms of debugging test scripts, Scriptless Automation testing tools eliminate the need to debug scripted test code as the tool repeatedly does it for you. In contrast, Selenium automation testers must manually debug test script errors.

One of the most desirable aspects of scriptless testing is scalability and flexibility. It is adaptable to work with various browsers on the market and scales the amount of workload the business needs. However, Selenium requires components to be flexible enough to work with multiple browsers.

Selenium is a set of web browser automation tools that can be used to automate browsers on various platforms. Despite its many capabilities, it is primarily used to automate web apps for testing purposes.

Selenium runs on various browsers and operating systems, and it can be controlled by a variety of programming languages and frameworks. It can also automate time-consuming web-based administration tasks.

Ok, let’s wrap things up, which is best, Selenium or Scriptless automation tools.

Overall, Scriptless Test Automation Tools outperform Selenium. Scriptless test automation tools are simple to set up, configure, and maintain and do not require plugins like Selenium.

In addition, it can handle a large number of test cases much faster than Selenium.

Scriptless Test Automation Tools do not require scripting or programming knowledge from their functional users. Instead, users can conduct QA activities using “ready-to-use” test steps already available on the platform.

Unlike Selenium, one must install the Selenium IDE to use the playback tool, which provides users with features similar to the reusable codes provided by scriptless.

Scriptless testing is the way to go when it comes to scalability and flexibility. Everything you require is already on hand. For the most part, Selenium necessitates the inclusion of components to be fully utilized.

The fight is over. A Scriptless Automation Tool is the way if you want the best Automation Testing Suite and a complete solution for Agile and DevOps environments.

Features That Make TestGrid the number one platform for  Scriptless Automation Testing:

TestGrid is a cloud-based platform that means your team can perform critical testing from wherever they are, you can choose from hundreds of different combinations to test your website or app on. Scale-up as and when you need to.

Furthermore, Cloud technology allows you to develop and test from anywhere in the world. Proper security is ensured with TestGrid cloud infrastructure.

As security is a top priority for any application or website, Testgrid includes an integrated SAST report. Static application security testing (SAST) examines source code for security flaws that could compromise your application.

So, with an auto-generated SAST report generated with each build execution, you can determine whether an application or website is security vulnerable or not.

Testing becomes a tedious task with the complex requirements of web and mobile applications. Hence, organizations rely heavily on testers to perform complex testing, and testing on multiple browsers necessitates various tools. However, the TestGrid automation tool can automate the entire process with just one tool.

#05 Writing Test Cases With No Code

Build and execute test cases with the entire testing and business teams, with no programming knowledge required.

The goal of TestGrid is for anyone with no programming experience to find and fix bugs, which we have accomplished. With the TestGrid test automation tool, we instruct bugs in easy-to-understand language, making it simple to fix bugs.

Scale quickly and test quickly with our selection of browsers and real mobile devices, which can be hosted in the cloud or on-premise, depending on your needs.

I hope this article clarifies that scriptless automation testing is by far the best solution for you. Still, I would recommend you not to influence our analysis and do your research and see which is the best for you.

Today there are tons of scriptless automation testing tools available in the market, both free and paid, so research is the key for you.

But we recommend you to start your research with the TestGrid automation testing tool, which provides the best ROI in the market and is bundled with tons of features already mentioned above.

Try the TestGrid automation testing tool, and your research might end in the first attempt itself.