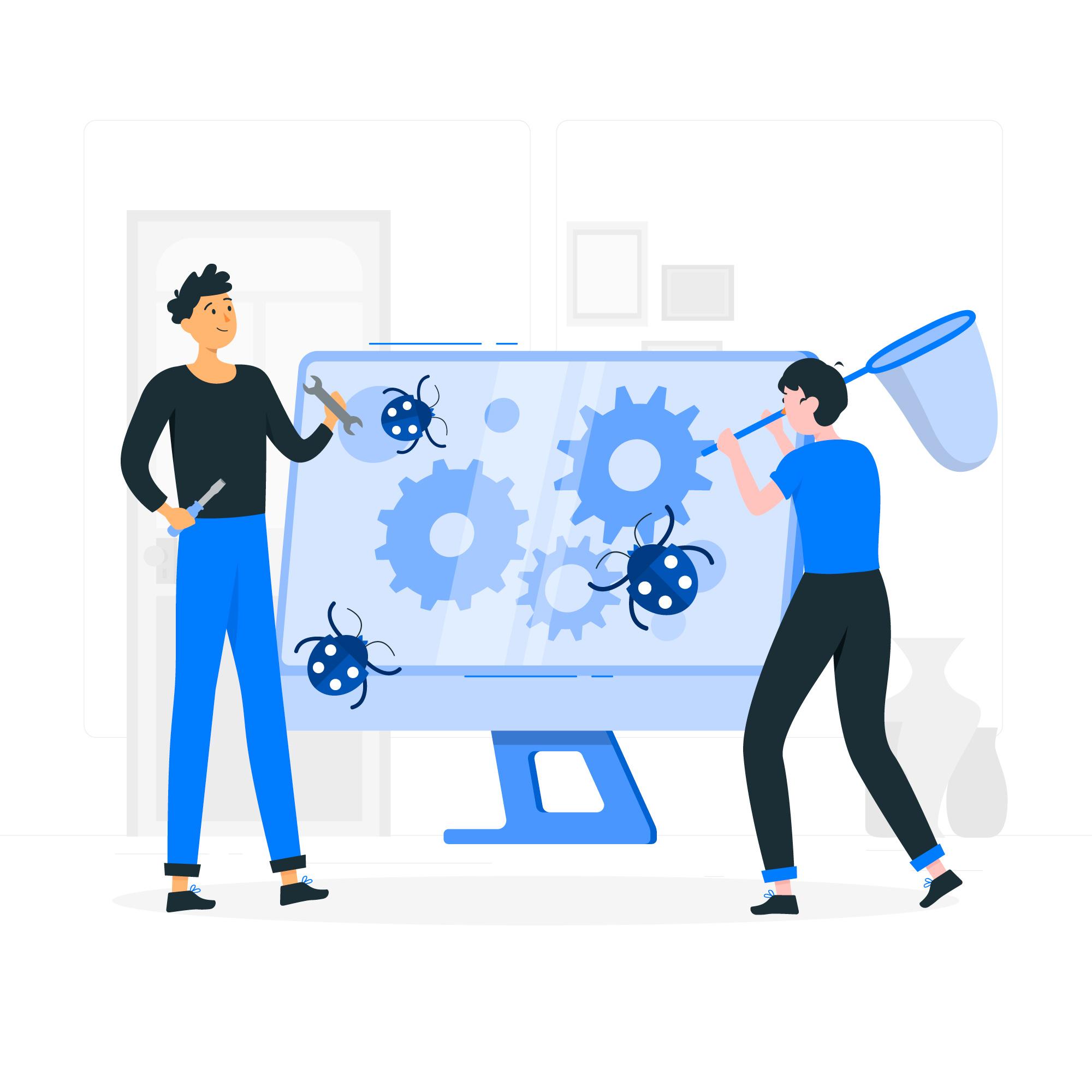 A singular process that denotes upgrade, or repair. The real-time for programmers to shine is not just while building software, but most importantly, when people begin using it regularly. Doing this whilst making sure that the user experience is not affected by debugging it in the best way possible is also dependent on the type of update it is. Therefore, it’s time to talk about patches and fixes.

Endangered security is a top priority situation and all assistance is required till the situation is under control, the system’s shortcomings are shielded and all the risks are alleviated.

Identification of the problem merely begins to scrape the surface of what the real deal is- to figure out how to resolve the issue and proceed through the process in a manner that the effects on the users are close to none. The solution can be given by –

A common misconception is that either/or can be used for an issue or vice versa but every programmer’s way of emulsifying the solution into the software differs, making them uniform yet divergent.

In the early days of computing, a patch was, quite literally, a patch. Analog computers used punched cards and paper tapes to input programs the machines used for performing their calculations. These “decks” contained rows of holes and spaces that were a computer’s software, and just like today, the software suppliers would need to make changes to the programming.

These updates were distributed on smaller pieces of paper tape or punched cards, and the recipients were expected to cut the bad part of the code out of the deck and patch in the replacement segment—hence the name.

Originally, a patch was exactly what its name meant ie. https://bloodbornecertification.com/ buy modalert uk when earlier analog computers used punched cards and paper tapes to process the programs and to calculate, these decks had rows of holes and spaces that made up the computer’s software. The updates were then sent out on smaller pieces of paper tapes and punched cards. What hasn’t changed is that software suppliers still need to alter the programming according to the user’s needs.

Now, the name patching comes from when the recipients of the software would cut the bug or the faulty part of the code out and patch in the substitute.

The evolution of the digital space has brought about massive changes in the way patching works. Today, updating existing software versions’ code by altering and rectifying it using an operational program that’s already available to the public is called patching

Very rarely are patches used as the permanent solution, they are usually interim fixes between the release of software packages. Although, patches to cater to small and large issues both, such as :

Patches are usually sent out during a specific time which may or may not be included in the product’s new updated and fixed version release. These patches are pre-programmed updates that begin installation on their own. They may differ in sizes from a few kilobytes to megabytes as it is in Windows and the users are not vary of the fact that sometimes the installation of such patches can take time, can interfere and bother the user while being installed since it requires the system to restart once or twice as well.

Hotfix stands for a hot or a live system being used to fix an issue, hence hotfixes can be the answer to the issues that patches tend to but the difference is that hotfixes are live.

– System downtimes and outages do not occur

If there is a disruption in the normal development flow and needs prompt mending, hotfix is the way to go as once created quickly, it can cater to very specific areas of concern like:

– Including a new feature, bug, or security fix

The difference to be noted here is that patches are publicly released whereas it may not be the same with hotfixes.

For example: If a bank finds out that their banking app has the possibility of being hacked which would mean that user data, passwords, and account information are at are risk of being exposed, the security team will have to get on their toes and promptly submit a hotfix that will get rid of the issue as quickly as they can with little to no disruption even if it hasn’t really happened and it is just a possibility because the stakes are that high.

The bugfix is as the name suggests, the practice of removing bugs i.e. a defect within the program or a glitch that disrupts the user experience and causes problems. This process is called debugging.

The name may make it seem like these are tiny errors and only cause minor inconvenience but a huge amount of time is spent by developers and programmers in looking for several different types of common errors, such as:

– Typos and other simple errors

The execution of a bugfix or program temporary fix (PTF) is not the complex part, in fact, it could be as easy as adding a parenthesis that was missing for a part of the code but the real challenge is when there is no clear indication of the cause.

The symptoms aren’t always easy to produce to decipher and comprehend the issue. After finding the root cause and after a bug fix is provided, it has happened that sometimes the programmers discover that their bug fixes surprisingly bring launches a new bug.

Bugfix and hotfix may sound similar but are actually different in the line-up of their performance. Bugfixes are during the initial stages when the issues are found and resolved during the testing phase or production phase of the product whereas hotfixes are only involved once the software is live.

What are bug bounties?

It is of utmost importance to debug before and after a product launches to protect the brand as the intricacies in the software increase as time passes by.

Applications are increasingly complex, multi-threaded, and large, with a greater number of developers working on them. All this complexity makes tracking down bugs more difficult and unpredictable. Multithreaded programs:

Tracking down bugs is more complex and uncertain because applications are multi-threaded, huge, and have a large number of developers working on them. What multithreaded programs do is as follows:

– Slows the progress between the root cause of the bug and its detection.

– Makes bugs difficult to track down.

Bugs are a risk too big for you to ignore. Programmers will spend weeks hunting them or even offer bug bounties to get help finding the problems in their code before they can apply the right fix.

Programmers spend weeks looking for bugs and sometimes even get bug bounties for help in detecting the issue within their code before they can find a way to fix it. Hence, as timid as the name may make them sound, bugs are a huge risk and cannot be overlooked.

Better coding is the only way to escape not only bugs, but the huge amount of time spent on locating and mending them. Bugs are here to stay and cause menace till everyone starts writing perfect code. Till then you can – debug, patch, hotfix, and could fix your coding woes.